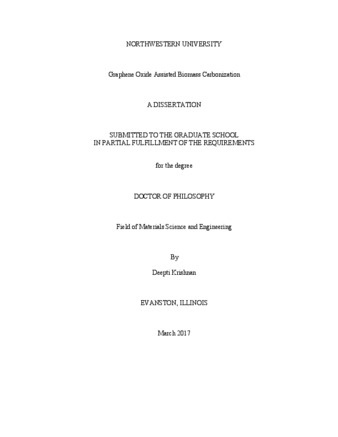 Increasing energy demand due to rapid growth in population and industrialization along with environmental crisis has led to the search for cheap, environmentally friendly, and nontoxic methods for generation of energy. However, most alternative energy sources such as photovoltaic, biofuels, hydraulic power, wind power, and geothermal energy, are characterized by high variability and discontinuity. The high unpredictability of the primary resource makes it difficult to forecast the energy production. In this context, electrochemical energy storage devices like supercapacitors holds great promises towards this goal. But high cost and poor electrode properties limits the use of these supercapacitors. Biomass is a promising source for carbon materials in the field of energy storage, as it is cheap, environmentally friendly, renewable and abundantly available throughout the world. Hydrothermal carbonization (HTC) is a thermo-chemical process for the conversion of solid biomass matter to its more carbonaceous form at elevated temperature and pressure in the presence of water. But HTC of biomass typically produces non-porous insulating materials. Scientific interest in graphene oxide (GO) sheets, the product of chemical oxidation and exfoliation of graphite powder, has resurged in recent years because GO is considered a promising precursor for the bulk production of graphene-based sheets for a variety of applications. Adding catalytic amounts of GO to biomass can significantly alter the morphology of its HTC product, resulting in products with high conductivity and specific surface area, as well as exhibiting excellent electrochemical performance when used as electrodes of supercapacitors. Control experiments with other carbon materials such as graphite, carbon nanotubes, carbon black, and reduced GO (r- GO) show that only GO has significant effect in promoting HTC conversion, likely due to its good water processability, amphiphilicity, and two-dimensional structure that may help to template the initially carbonized materials. Furthermore, by appropriately tuning the process parameters used for the reaction, such as moisture content and temperature, the carbon yield of the process could be significantly improved. Finally, by a microwave assisted approach, the carbonization time can be reduced from hours to few minutes and the resulting carbon products showed superior electrochemical performance compared to commonly used supercapacitor electrode materials like activated carbon.