The Influence of Attentional Selectivity on Insight and Analytic Problem Solving 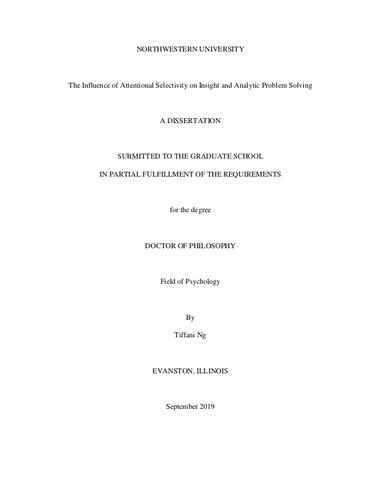