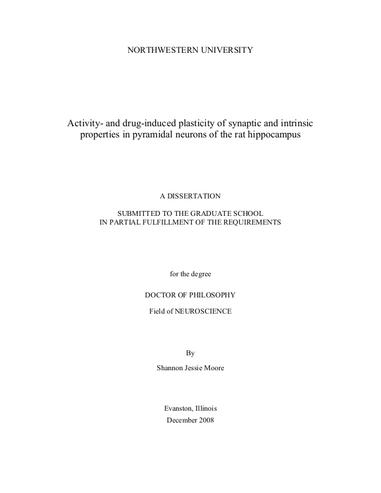 The vertebrate brain, which is made up of a vast array of individual neurons, is responsible for controlling numerous functions and behaviors, including distinguishing between visual cues, learning to navigate in a new environment, or making complex decisions. These neurons form specific networks that receive, process, and integrate chemical and electrical signals. Generally, a chemical signal, called a neurotransmitter, activates specific receptors on the dendrites of a neuron. These receptors, either directly or indirectly, cause a change in the transmembrane voltage of the neuron, due to an exchange of charged ions (primarily sodium, potassium, or calcium; Na<sup>+</sup>, K<sup>+</sup>, and Ca<sup>2+</sup>, respectively) through particular ion channels. The resulting electrical signal propagates from the dendrites towards the soma, where, if a critical threshold is reached, an action potential is triggered. The action potential travels along the axon, where it can cause release of neurotransmitter, beginning the process in another neuron. Changes, caused by specific patterns of activity or chemical modulation, in any of the receptors or channels that detect or transmit these signals can have important implications for information processing in the network. 2008-06-04My work explores plasticity of synaptic and intrinsic properties in the hippocampus, a region that has been strongly linked to spatial and declarative memory. Chapter 1 provides a brief introduction to hippocampal function, anatomy, and plasticity. Chapter 2 explores plasticity exhibited at synapses formed at different locations on the dendritic tree in CA1 neurons, demonstrating that inputs, even from the same presynaptic region, may be independently regulated. Chapter 3 begins with examining locomotor sensitization induced by withdrawal from repeated exposure to amphetamine. I then move on to investigate withdrawal-induced alterations in intrinsic excitability in the subiculum, providing a link between neuronal and behavioral changes that may underlie the transition from drug use to drug abuse. Chapter 4 investigates how patterned activity in the subiculum leads to robust and distinct changes in intrinsic burst firing, which may be important for propagating processed hippocampal information to various downstream cortical and subcortical targets. Chapter 5 reports the results of several additional experiments that further elucidate cellular processes involved in the induction and expression of burst plasticity, in addition to presenting possible models for the mechanisms by which an enhancement or suppression of burst firing may be achieved. Chapter 6 presents a summary of the experimental data with attention given to incorporating these results into the larger body of scientific work. Taken together, the data presented here add to our understanding of the mechanisms by which experience may alter neuronal processing in the hippocampus, and may lead to novel targets for the treatment of disorders affecting memory systems, including drug addiction and Alzheimer's disease.