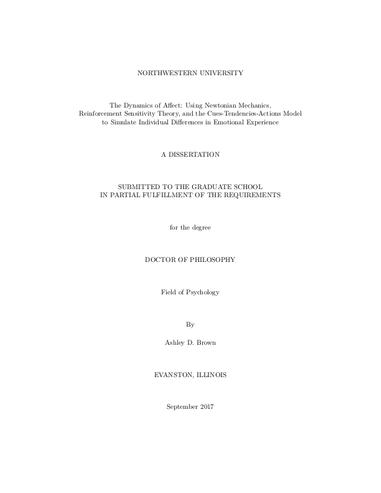 Reinforcement sensitivity theory (RST) has enormous potential to become a paradigmatic model of individual diﬀerences. However, while its foundations in experimental genetic and neurophysiological research on nonhuman animals are among the strongest in personality psychology, it has perhaps not gained the foothold within the ﬁeld that it deserves. It is the purpose of this research to introduce a computational model of RST system functioning capable of generating hypotheses and resolving conceptual disagreements among the theory’s proponents. Here, I ﬁrst outline RST’s development, focusing on the revised version of the theory. Notably, the revised RST seems to suﬀer from a dearth of good self-report measures, perhaps because of confusion regarding certain of the theory’s central constructs. I then propose a means of bridging the gap between RST’s ‘bottom-up’ neuroscience roots and contemporary practitioners’ eﬀorts to build ‘top-down’ self-report questionnaires that capture its central constructs; namely, a dynamic computational model that generates the observable between-persons diﬀerences in behavior and aﬀect on which self-report measures are based from the unobservable within-persons diﬀerences on which RST is premised. Next, I describe the process by which I created the ‘CTA-RST’ model, which unites the Cues-Tendencies-Actions model (CTA, Revelle & Condon, 2015) and a simulation of RST developed by Alan Pickering (2008) . Finally, I demonstrate the model’s eﬃcacy by simulating three real studies; no previous simulations of RST or related theories have modeled real data in any detail. Speciﬁcally, in Chapter 4 I recreate two experiments by Smillie, Cooper, Wilt, and Revelle (2012), showing that extraversion is related to the experience of energetic aﬀect under reward-pursuit conditions, but not of pleasant positive aﬀect under reward-consumption conditions. In Chapter 5, I model research by Wilt, Bleidorn, and Revelle (2016), replicating the ﬁnding that approach goal ‘velocity’ mediates the relationships between state personality and aﬀect. In Chapter 6, I simulate a study by Wilt, Funkhouser, and Revelle (2011) and show, as they did, that individuals diﬀer in the tendency to experience activated and tense aﬀect simultaneously as a function of the interaction between aﬀective traits. The median correlation between real and simulated studies’ tabulated eﬀect sizes was r = 0.73.